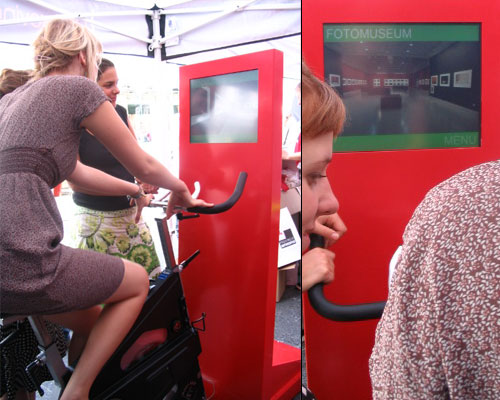 Goal? Promote the province’s museums in a fun and interactive way. Brochures aren’t fun. And more to the point, they aren’t interactive. So we decided against a traditional approach and instead developed a kind of cycle-through: we hooked up three bikes to a flat screen and made passers-by pedal for their information. The faster they went, the faster the different museums popped up. The approach proved successful both at the Cultuurmarkt and at StuDay.