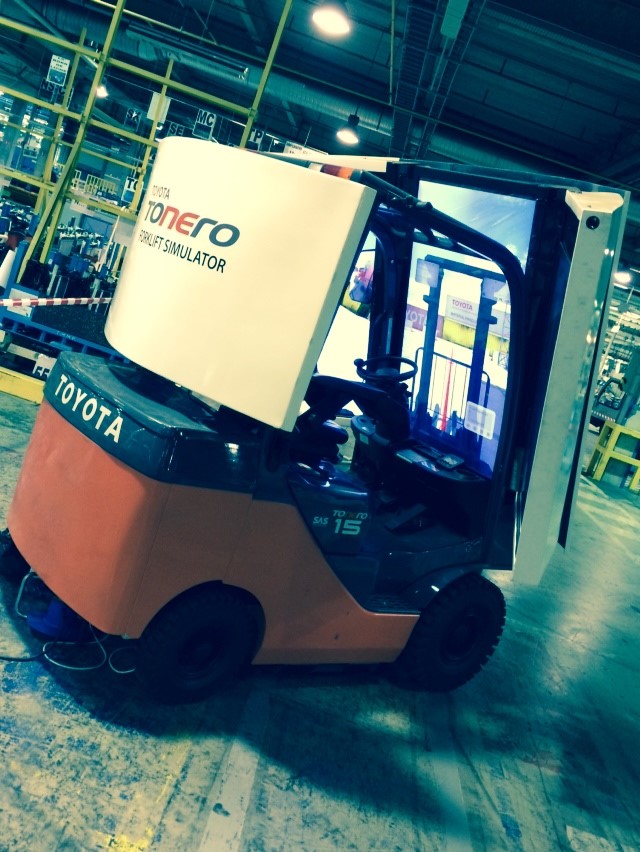 As you could read in the development blog of our Forlift Simulator, the CEMAT expo was a great succes. In fact, the simulator was so successful that Toyota asked us if I could integrate more safety training lessons in the system. I replied with the proposal of a major upgrade…

Results were so good even UNITY3D invited me to come talk about it at Unite12 in Amsterdam. Check out the complete presentation here: Unite 2012 – Forklift simulator – From Eyecatcher to Lifesaver

Power to the people! Actually we did not want to make 30 different environments and each optimised for a specific lesson or training. We did not want to spend the next few year adding more environments every time an instructor requested a change for training at a specific location. We wanted to create something where the instructor could actually change the environment himself depending on the needs of the location where the trainee would work or the specific need for a specific lesson. All this needed to be as user friendly as possible. Forklift training instructors are not level designers or computer artists, but they do know, probably better than level designers, the challanges of the forklifts work environment. By giving them a library of 3D props and the tools to place them in a sandbox environment, they can recreate specific area’s and obstacles just like they would appear in real life.

Not only environment should be created by the user, also lessons, with as much scalability as possible can be created in the new lesson editor. By adding mission paths a lesson can be broken down into specific targets and goals. Targets to guide the driver to specific locations and objectives (moving cargo) can be added and edited by the lesson creator. Other elements like appointing danger and speed limit area’s can also be added. Like the environment editor, ease-of-use is a very important issue here. 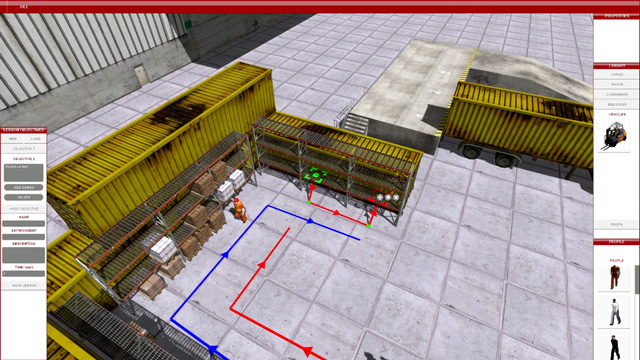 Due to the complexity of some lessons where interaction with for example with other vehicles or characters is key, it is hardly impossible to create automated AI that responds exactly how it should when it should. Our solution is to give control over these elements and situations back to the instructor/trainer. With a remote computer, he can observer and interact with the trainee while he is performing any lesson. He can participate as a virtual character or vehicle to create smarter and less predictable situations. Also the trainer can add obstacles, open and close doors and send live messages to the trainee while he is driving. All these features add to the realism and effectiveness of the training.

In some situations it could be very interesting for more people to ba able to see what the trainee or instructor is doing without having to disturb the expirence of the forklift driver by looking in the cockpit. That is why we added a networked client interface there viewers can follow the actions taking place in the simulator. These observers can choose the view want to clearly see and understand what is going on in the virtual environment.

Adding realism is a major part of this upgrade. Because this version of the simulator has safety as primary focus, and because some things are just to dangerous to test in real life, we wanted to show the driver what catastrophic concequinces can be the result of wreckless driving. Also driving into racks can be very fun to do when it’s not real! 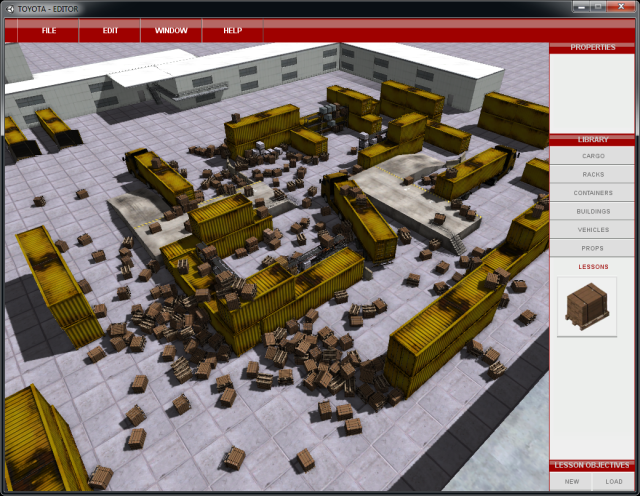 Another major change in this version is a compleet rewrite of the physics system. In the previous post I explaned that we were having some problems with the physics due to kinetic movement of attached collider objects. With this rewrite we found a cleaner way to handle the mast and fork withour having to cheat and bypass the integrated physics enigne. We also have a 4 wheel setup this time, so stability is increased. We are aware that some issues might still cause undesired results, but it’s an improvement never the less. 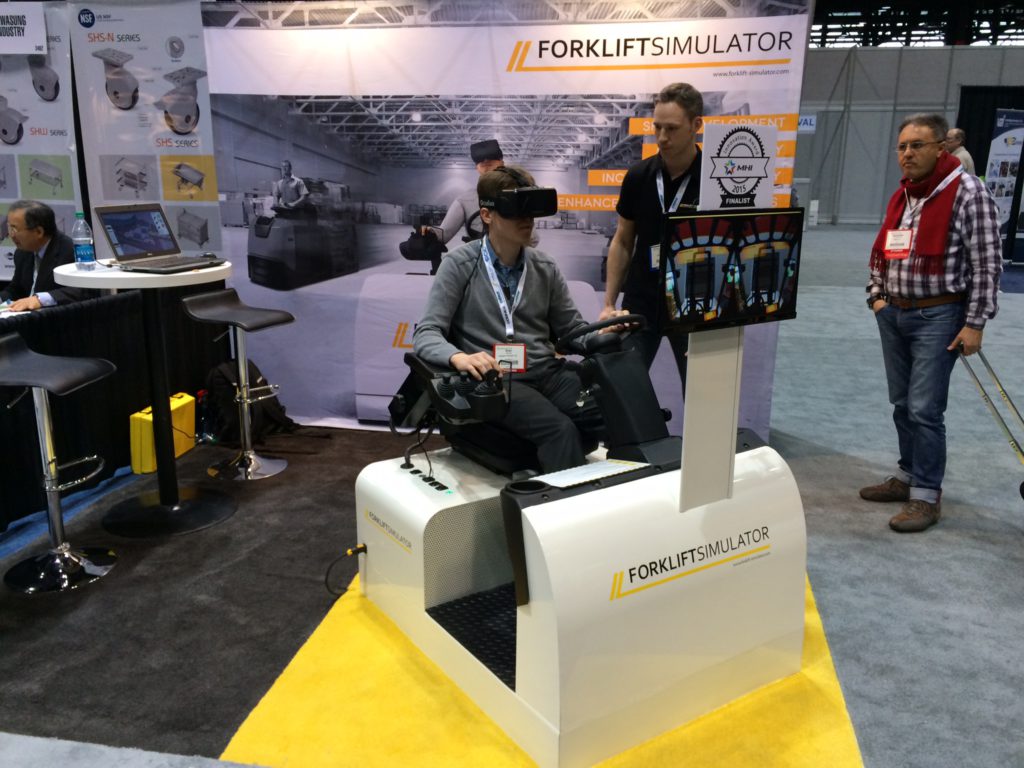